We Are Here To Serve You

Stone & Capobianco, has dedicated its practice to representing the rights of clients throughout Florida.
In your most critical moments, turn to us for compassionate and effective advocacy. 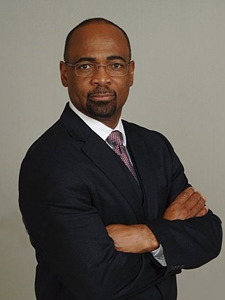 Jerome A. Stone, Jr. is a native of Stuart, Florida and graduated from Martin County High School in 1985.  Following his high school graduation, Jerome played college football and ran track at Highland Community College where he earned his Associate of Arts degree.  He continued his college football career at Missouri Southern State College where he received his Bachelor of Arts in Business Administration, a minor in military science and was also commissioned as a military officer through their Reserve Officer Training Corps program.  Jerome went on to earn a Juris Doctorate from Texas Southern University, Thurgood Marshall School of Law in Houston, Texas.

After being admitted to the Florida Bar in 1995, Jerome began his legal career in Florida as an Assistant State Attorney, in the Office of The State Attorney for the Nineteenth Judicial Circuit, gaining extensive trial experience while prosecuting both felony and misdemeanor cases.  Following his career as an Assistant State Attorney Jerome joined a nationally recognized personal injury law firm where he gained a vast amount of experience concentrating his practice in the areas of personal injury, premise liability, wrongful death and other civil plaintiff matters.

Jerome is a co-founder of Stone & Capobianco and with his partner Linda Elise Capobianco they have over 40 years of combined experience as litigators handling plaintiff’s personal injury, wrongful death and slip, trip and fall cases.  He continues to represent defendants in criminal cases.    Jerome’s practice includes sports and entertainment law and he is licensed as an NFL and NBA Certified Player Agent.  Although Stone & Capobianco’s main office is in Stuart, Florida. Together with their team of experienced and dedicated paralegals and staff, they provide legal services across the State of Florida.

As a military officer, he attained the rank of Captain and served as Platoon Leader, Company Commander, and other key battalion-level staff positions.  During his military career, he served on active duty in support of Operation Noble Eagle/Enduring Freedom, deployed to Iraqi in support of Operations IRAQI FREEDOM, and was involved in many stateside disaster relief operations.